“Leatherneck,” “Jarhead,” and “Devil Dog” are just a few of the names Marines have had labeled with throughout the years. “Leatherneck” came from the first Marine Corps’ uniform that had a high leather collar while “Jarhead” represents the shape of a Marine’s haircut.

But there is one name that stands out all above the rest: “Devil Dogs.” The accepted mythology is that Marines earned the unique nickname”Teufel Hunden” or “Hell Hounds” after bravely fighting the Germans at the Battle of Belleau Wood. This name then became “Devil Dogs.”

But Navy Corpsmen get their own nickname too. 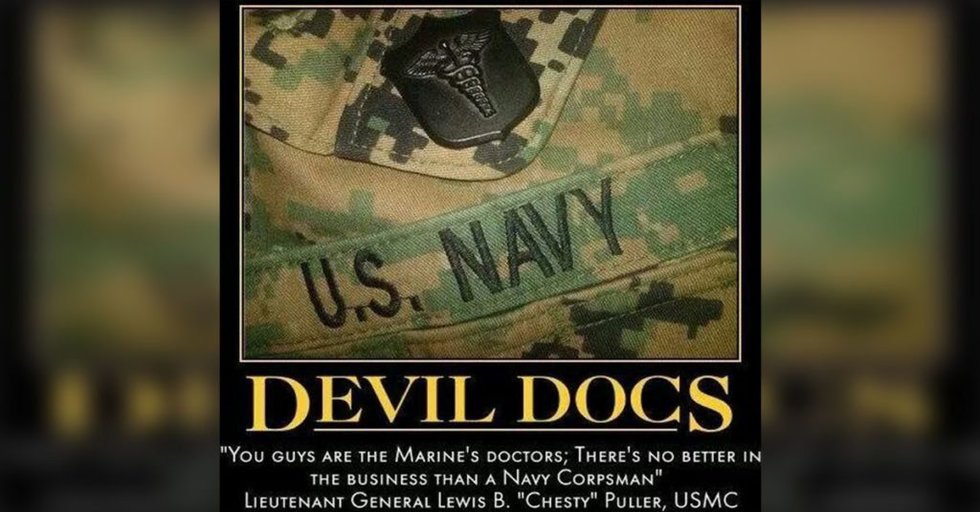 For many years Marines and their fellow medical personnel Navy Corpsmen have always fought together.

Although Marines focus on the warfighting, Corpsmen have been right next to them, manning the frontlines. Sometimes they would meet the same fate as their ferocious counterparts. The “docs” who receive their training from Marines can be as deadly as the Marines who trained them.

To earn this unofficial title of “Devil Doc,” a Corpsman must show that he is as dangerous as his fellow warfighters.  There are only two ways for a Corpsman to earn the title.

The first way is passing the Fleet Marine Force test and earning the FMF pin. 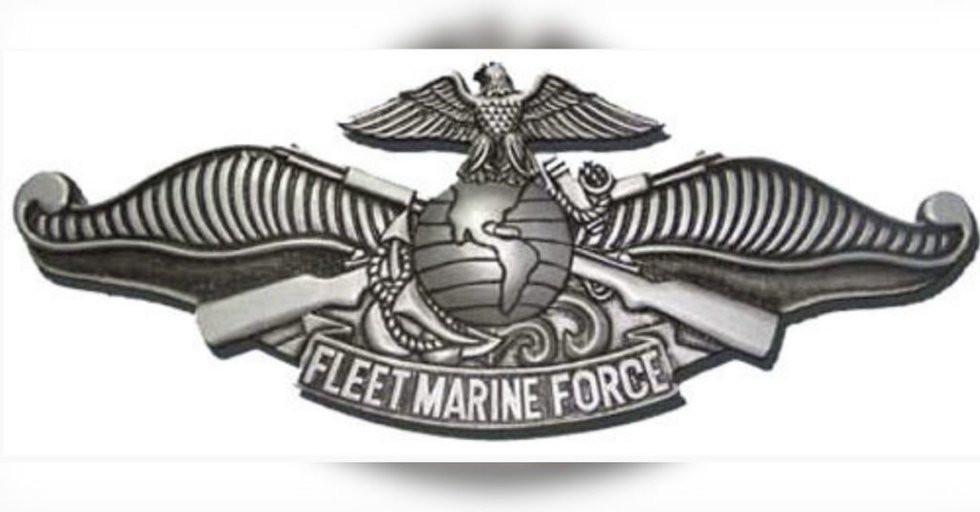 Behold, the almighty FMF pin in all of its glory.

During this test, Navy Corpsmen will meet requirements on Marine Corps history, traditions, weapon systems, employment of said weapon systems, and much more. Many Corpsmen don’t agree with this method. Some older Corpsmen feel that the FMF pin route has washed away in its significance. They feel when the Navy made it mandatory for all Corpsmen to earn this pin, it lost its meaning.

“I never received my FMF pin… it became meaningless chest candy when they made it mandatory,” former Hospital Corpsman HM3 Nathan Tagnipez states.

The second way to earn the title is harder, but it comes with a great level of respect from Marines. A Corpsman must take part in a deployment with Marines and earn a Combat Action Ribbon (CAR). The CAR itself is not what earns the title — the ribbon just communicates to future Marines that the Corpsman has “been there and done that.”

No, it is the Marines themselves that give the Corpsman the title of “Devil Doc.

“The thing that made me worthy of being a devil doc was the respect of the Marines that I served,” HM3 Nathan Tagnipez says.

Similar to the tradition where Marines earn their Shellback status by crossing the equator — and surviving the  bonding exercise that follows — Corpsmen earn this unofficial title in a trial by fire. 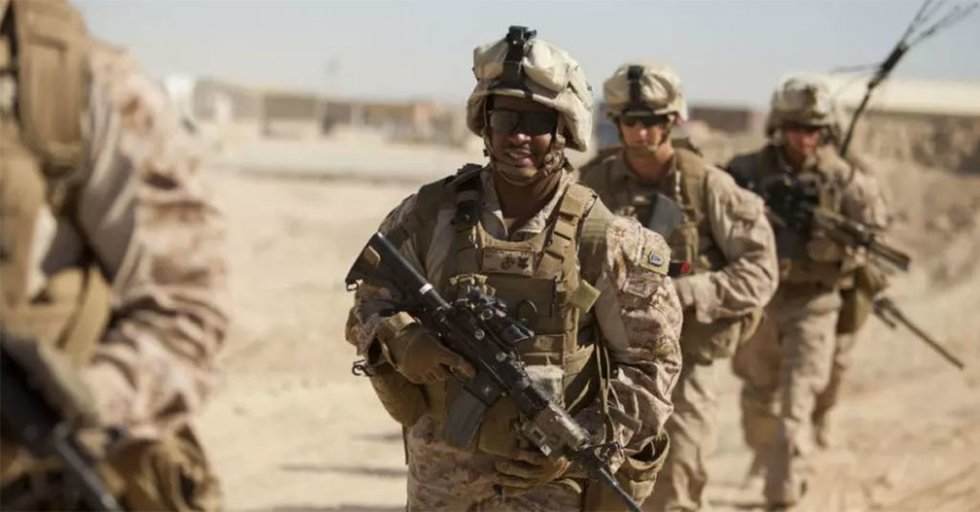 A Marine fire team return to base after a routine patrol in Afghanistan. Can you spot the “Doc?” (U.S. Marine Corps photo)

Marines and Corpsmen will always share a history together. It is a symbiotic relationship. Marines need the Corpsmen for medical aid and the Corpsmen need the Marines to win battles.

When they come together, no one can tell the difference between the two on the battlefield. To be a “Devil Doc,” Corpsmen must prove they have the conviction and determination to be a “Devil Dog.”